The Brutal Truth About Teen Driving 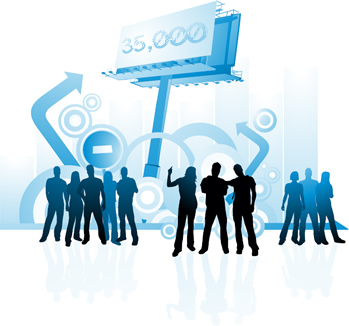 Approximately 35,000 American teens have died in automobile crashes in the past 5 years.

Almost 65% of all teen passenger deaths occurred when another teen was driving.

In over 70% of these crashes, the teen driver was at fault.

The number of passengers is the most critical factor related to teen automobile fatalities.

Fatal crash risks increase by 100% for each additional teen passenger in a car that’s driven by another teen.

The exact opposite is true of adult drivers with multiple passengers.

Teens have the lowest seat belt use of all drivers.

Teens are more likely to forget to buckle up when there are other teens in the car.

16 to 18 year-olds have higher crash rates than drivers in any other age group.

Inexperience behind the wheel is the leading cause of teenage crashes.

Teens are more likely to be involved in a single vehicle crash than any other age group.

Alcohol or drugs were NOT factors in nearly 70% of these fatal crashes.

Inexperience behind the wheel and driver distraction is the leading cause of young driver crashes, especially in 16 and 17 year-olds.

The teen brain is particularly susceptible to distraction and risk taking behaviors and is limited in its capacity to multi-task behind the wheel.

Although teens can often think as logically as adults, flaring emotions and distractions often undermine their better judgment and decision-making skills.

Multi-tasking and decision making skills are controlled by the prefrontal cortex – the last part of the brain to mature.

This part of the brain does not fully develop until the mid-20s in females, often later in males. 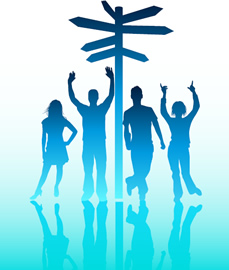 Over 90% of teens admit to doing multiple tasks while driving, such as talking on the cell phone, eating, playing loud music, channel surfing, using mp3 players, and interacting with friends in the car even when they admit they find it distracting.

An overwhelming 75% of teens even admit to text messaging while driving.[1]

Maturation of the Brain

The MRI scan shows the shift from the younger, more active brain synapses (reds and yellows) to the more mature, efficient synapses (blue and purples). 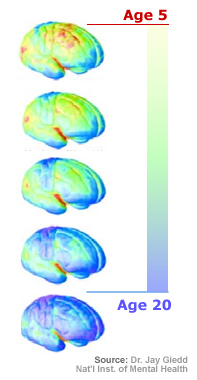 A Time of Rising Peril

The U.S. Vehicular death rate soars during the teen years, peaking at age 18.

Make the commitment to protect yourself, your friends, and others on the highways and in the hallways of life. Print, sign, and carry the JourneySafe promise card. 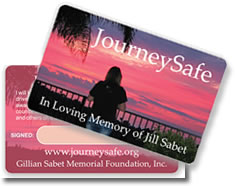 Check out photos from our past events. See more photos 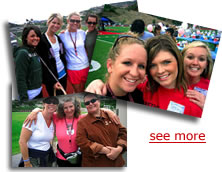 Jill's personal web site has lots of photos, video, letters from her parents, and a guestbook you can sign.
Visit website 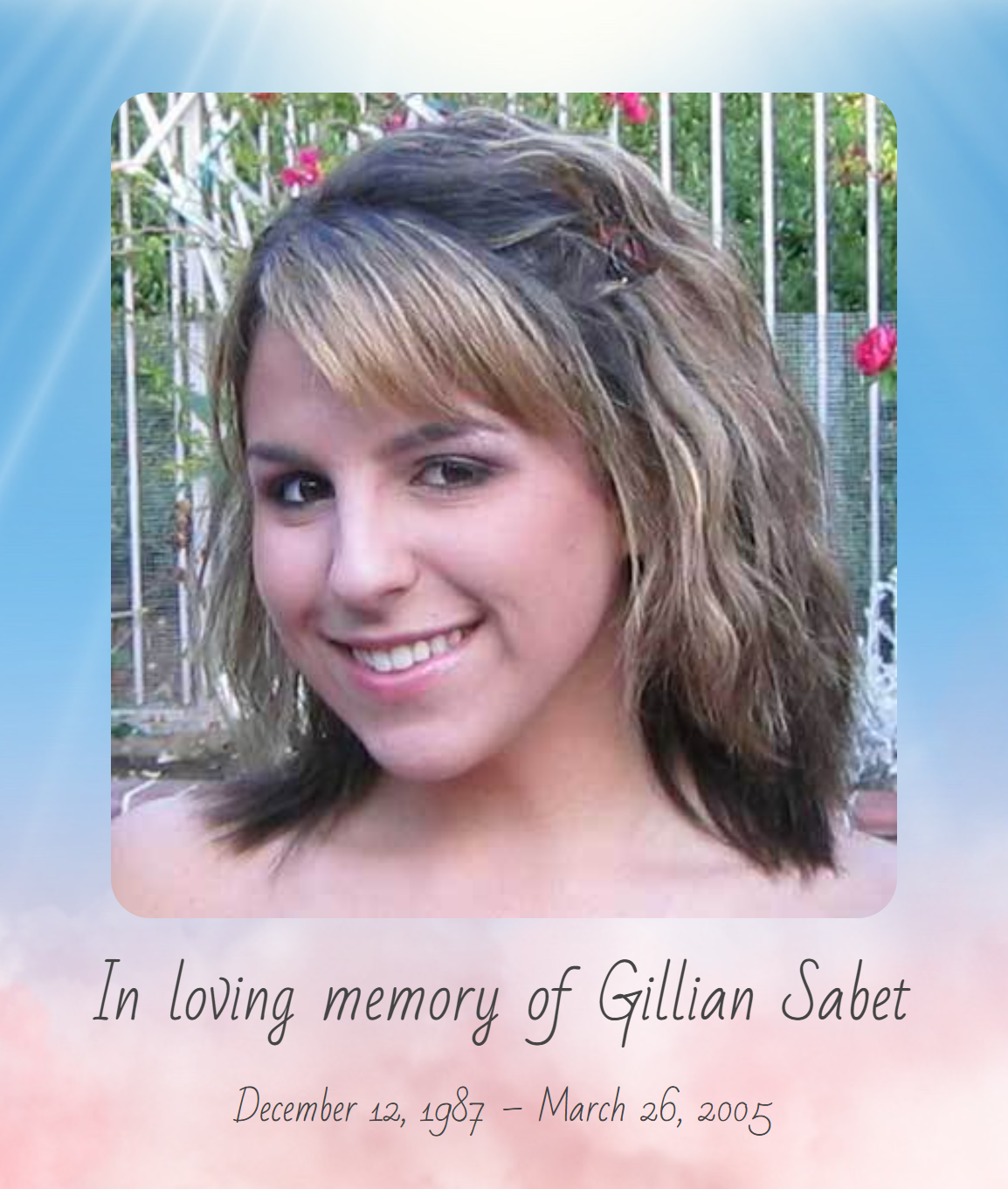